This one has been a long time coming; it has been on layaway for months.

Early half dimes were struck on very thin planchets, and as a result most have been bent.  The almost inevitable half-joking comment was that if you sneezed on them they’d fold in half.  Bent coins don’t get encapsulated.  So the mere fact that this is not bent, and has been encapsulated makes it an unusual specimen!

One thing these photographs don’t convey is that this coin still has some luster to it, under dark yellow toning in the fields.  Justice has not been done here. 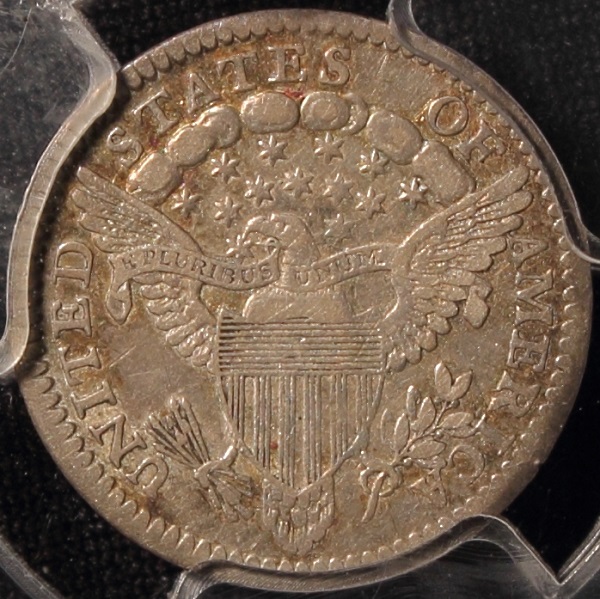